Our current steering committee members are: 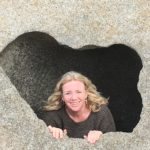 I have been in the Zoo industry since 1982 after completing a Bachelor of Science. I worked at Taronga Zoo in Sydney and Currumbin Wildlife Sanctuary in Queensland before doing some work in National Parks and Wildlife and the Australian Museum. Since 2000 I have produced the ASZK journal Thylacinus and am a past president, life member and current representative of ASZK on the ICZ for which I am the current President. I have been on the ICZ since 2004 and have been chair of the congress committee for Australia 2006, Singapore 2012, Leipzig 2015 and Argentina 2018. Currently I am the Animal Collection Coordinator for a new zoo in Sydney Australia which is opening late 2019. 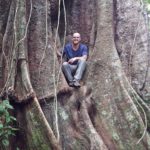 After my study with two internships in Rotterdam Zoo (the Netherlands), I was fortuned enough to get a job there as a zookeeper. After I worked for a year on several departments, I moved to the south of the Netherlands in July 2009 and started my job as a hoofstock keeper in GaiaZoo. In 2015 I was appointed as coordinator for the hoofstock department, which means I´m still mainly working as a zookeeper but I´m also responsible for the daily management of the department. Since 2016 I´m a board member for the Dutch zookeeper association `Stichting De Harpij´ and steering committee member for the ICZ. In October 2018 I was elected as vice-president of the ICZ. 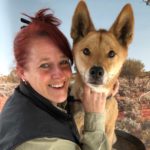 I have been working with Australian Wildlife in Zoos for 25 years. I have worked all over Australia and specialised in hand-raising and conservation, working with some of Australia’s most endangered wildlife including Tasmanian Devils and Orange-bellied Parrots. I am also a Vet Nurse and have worked in Wildlife Rescue and Rehabilitation at a Wildlife Hospital. These days I split my time between Records Officer for Featherdale Wildlife Park and teaching Certificate III in Captive Animals (Zookeeping) at the local Technical College. I have been a member of the ASZK for over 20 years and have served on the committee as Vice President, Secretary and Treasurer for over 15 years, being made a Life Member in 2017. 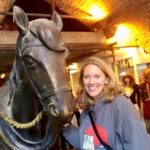 I have been working with animals since 2000, but I have been a Senior-I Rhino Keeper at Busch Gardens, Florida since 2005. I am fortunate to work with both African species of rhinos on a small team that is exclusively focused on their care. I have Bachelors in Science in Organismal Biology & a Masters in Collection Management. I joined the ICZ Steering Committee in 2012 as the AAZK Representative and became the ICZ’s Executive Officer in 2016. 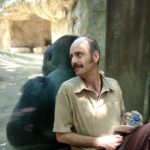 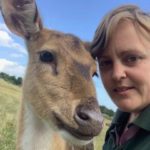 I’m currently deputy of the african experience at Port Lympne hotel and reserve. I have been a zoo keeper for 17 years, mainly working with hoofstock (giraffe), but have worked with most taxa. I have been part of the abwak council for 6 years. 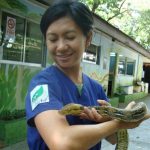 I graduated as doctor of veterinary medicine in 1999 afterwhich I immediately worked at a conservation center as keeper/curator/veterinarian/educator for the Negros Forest Park, managing conservation programmes for endangered wildlife of central Philippines where me and my team bred Visayan Tarictic Hornbills, Philippine Spotted Deer, Visayan Warty Pigs, Philippine Sailfin Lizards, Negros Bleeding Heart Pigeons and others. I am currently the president of the Animal Keepers and Trainers Association of the Philippines, helping keepers in the country professionalise zookeeping through training and engagement with policy makers.

I was initially a baker/pastry-chef, a job I have had for 9 years. I stopped this to follow my passion; work with animals.

I finnished one of the educations in France to become a zookeeper in 2006 and I found work directly after. I have had multiple contracts in differents zoos and I’m now in the Parc Zoologique de Montpellier (south of France, on the mediterranean cost) since 2011. I’m currently on the “south-american” department, including the amazonian greenhouse. 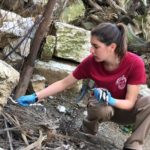 I’m an animal keeper and trainer at Società Zoologica di Pistoia Srl in Italy. I earned a Bachelor’s degree in Biology in 2014 and a Master’s degree in Animal Behaviour in 2017 from Florence University in Italy. I also completed a six-month traineeship in animal care and integrated conservation at Pistoia Zoo in 2017. I am currently involved in scientific research in the field of captive animal welfare and training. Since 2019 I’m a board member for the Italian zookeeper association “A.I.G.ZOO” and steering committee member for the ICZ. 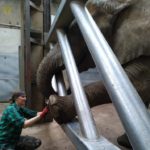 Currently I am working as an African elephant keeper at Poznan Zoo in Poland. I have over two years of experience working with primates and small mammals, also did some volunteering work with many different species previously, carnivores mostly. I have an MSc in Animal Biology and as an ambitious person, I still try to broaden my views in any possible way. Therefore, I took a few distance learning courses such as ‘Animal Behaviour and Welfare’ and at present, I am in the middle of my DMZAA course. I am an independent member of the ICZ steering committee as I do not represent any association.